David Reid Homes Wanaka and Central Otago owner Chris Leith grew up in Southland and absolutely loves the incredible landscape and outdoorsy lifestyle that Central Otago is renowned for. 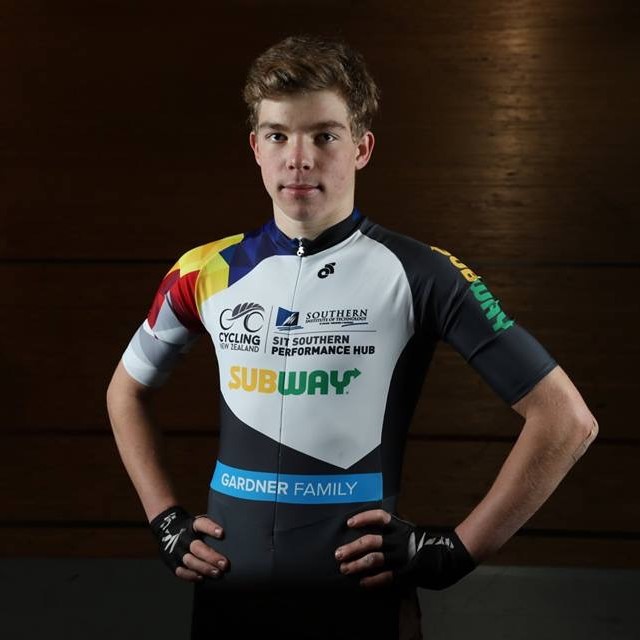 “He’s done pretty well for himself already and showing so much drive and commitment and promise,” Chris says.

“It’s important to help kids get to the next level, otherwise it’s all on their parents, and some just can’t afford the expense.”

At only 18 years of age, Conor Shearing’s talent and fierce dedication is already paying off, and 2019 has been a huge year for the rising star who was recently named the Southland Schools Sportsperson of the year.

In March 2019 he was selected to compete in the Junior World Track Cycling Championships, held in Germany in August.

After a two month stint at a training camp in Cambridge and Germany, Conor raced in the team pursuit, placing fifth overall, before coming fourth in the kilometre event.

In October last year he was thrilled to be named in the New Zealand Elite Team for the first time, and competed in the Oceania Track Championships, winning a bronze medal in the team pursuit, placing fifth in the kilometre time trial and seventh in the Madison.

More recently Conor was selected to ride for the New Zealand Trade Team (NZ U23 team) at the Elite Track World Cup in Cambridge in early December.

Conor says David Reid Homes’ support has been crucial to his development and shown through the progression of teams he’s been selected for.

“As in any high level of sport a high cost can be expected, and without the support given I wouldn’t have been able to achieve my goal of competing at a high level,” Conor says.

Chris has been closely following Conor’s journey and is thrilled for the talented young athlete.

In his younger years, Chris grew up in Gore and played rugby at the lower regional representation level. While he’s “too old and too busy” to play now, he’s still involved with the sport, coaching the Central Otago U18 and Otago Country U-18 girls rugby teams.

A love for rugby runs in the family. Chris’ daughter Courtney played in the Mount Aspiring College First XV girls team and Chris ended up coaching them for three years.

The rugby mad builder was also the match day sponsor of Otago’s successful defence of the Ranfurly Shield against Thames Valley in July this year, much to the delight of Wanaka locals who were thrilled to host such a big game in their hometown.

Chris says giving back isn’t just about throwing money at a cause.

“We’ve all got a skill, or talent or passion for something, and taking the time, energy and effort to pass that on to the up and comers, or to help out in the community in my view helps make our place a better place for all of us.”