East to East to the Small Screen 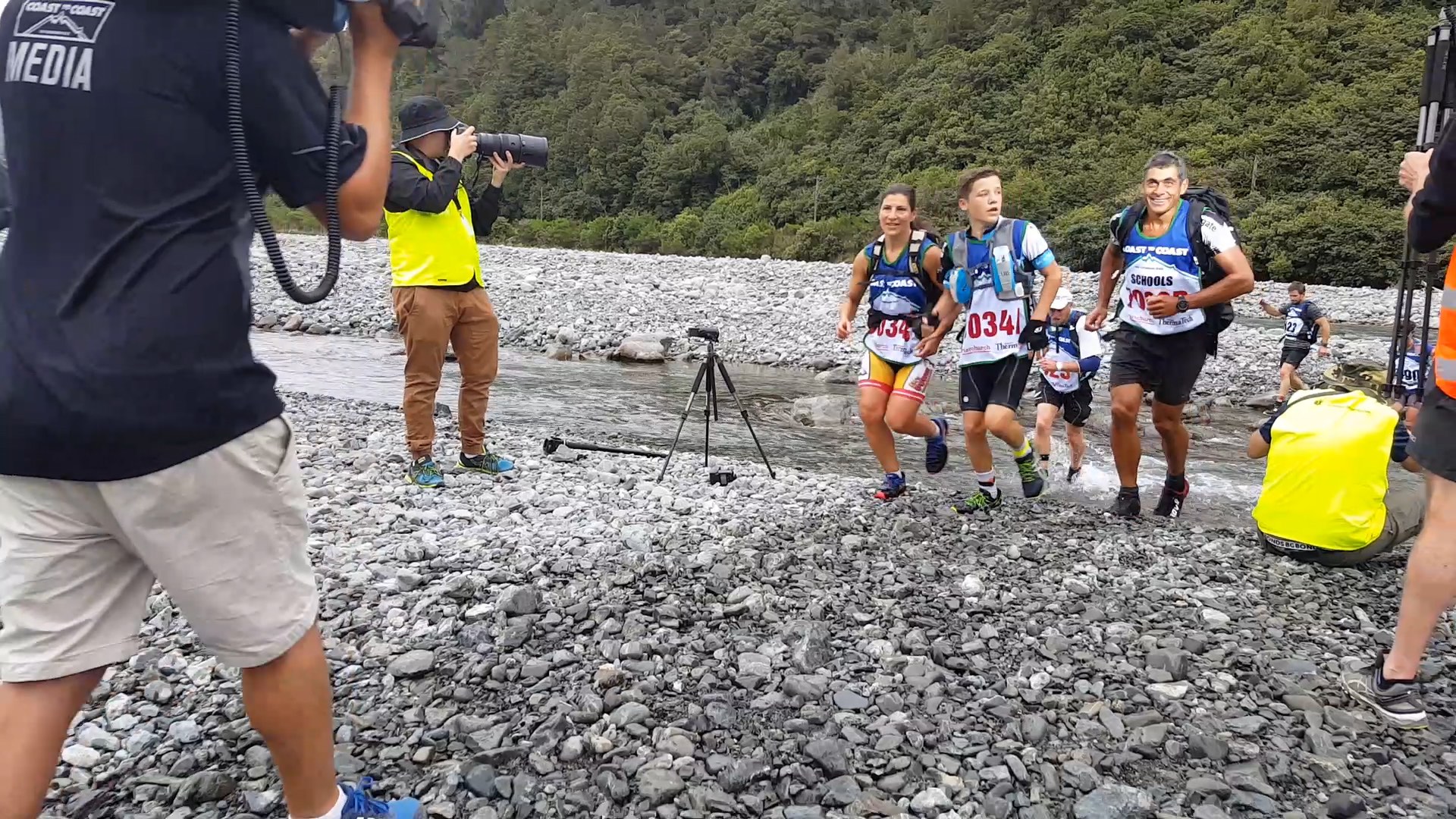 When a Christchurch filmmaker saw on her Facebook newsfeed that a group of teenagers would be taking part in the iconic Coast to Coast, she saw an opportunity. Vanessa Wells had herself just completed the event, and knowing what the Aranui students were facing, decided to turn their journey into a documentary.

With very little funding to make it happen, Vanessa began following the students as they rose to the challenge, no-one knowing if the initiative was going to take off.

“With zero budget to start with, it was just, grab a camera and see what happens,” she says.

“It was kind of like, ‘is this actually going to come together’ … it was one of the reasons I chose not to seek funding for it; it was a first-time for everybody.”

The journey was very much a success, the kids crossing the finish line and Vanessa capturing it all on camera, from the beginning of their training, until they completed the race.

“It opened up a whole new world to me, it took me a long time to understand these kids … It was just as exhilarating watching the kids do [the race] as doing it myself,” she says.

Using her resources, Vanessa was able to combine her footage with some archive footage of the race to make a 52 minute-long documentary, East to East.

But when TVNZ said they were interested in screening her documentary, further cuts had to be made to get it to the right length.

David Reid Homes came on board, providing funding to make the cuts, as well as helping to make it possible to film the 2017 Coast to Coast. It is hoped that with more footage of the event, Vanessa will be able to turn the documentary into a film worthy of screening at international film festivals.

“To play in international festivals, I needed to be able to put a bit more history into it. That’s where David Reid Homes came in [with] the real push to get us to that point.”

David Reid Homes chief executive officer Ben Allan says the company loves a challenge, with a number of directors having completed the Coast to Coast themselves, one finishing 12 times.

“When we heard this inspiring story of challenge and adventure, we wanted to help out so that more people could hear this wonderful story,” he says.

“We love the challenge that these young people took on, and we love the Coast to Coast, which is such an epic event.”

East to East will be screened on TVNZ 1, on Monday, February 6, at 9am. It can also be viewed at tvnz.co.nz/ondemand for a month following it’s screening on Monday.